One of the benefits of working as a school psychologist is that I spend a lot of time thinking and learning about mental health. Though I read many books and attend annual conferences in order to improve my professional practice, I also learn (and re-learn!) so much that applies to my own day-to-day life.

Consider this quote from The Whole Brain Child, by Dan Siegel:

Feelings are like the weather. Rain is real, and we’d be foolish to stand in a downpour and act as if it weren’t actually raining. But we’d be just as foolish to expect that the sun will never reappear.

How often do I feel stuck in a feeling? In anxious or sad moments, it’s so easy to believe that those feelings will last FOR-E-VER. This book explains, however, that on average, a feeling comes and goes in 90 seconds.Yes, really. 90 SECONDS.

Okay, sure. 90 seconds is not the whole story: our feelings can be re-triggered over and over by our thoughts and environment. But here’s the thing. It’s not infinite. All feelings are inherently temporary, just like all clouds, all storms, all sunshine.

I know that the “rain” of our lives can be unbelievably painful. There are times when the rain becomes a hurricane and the devastation is inescapable. It is helpful to remember that even those moments – perhaps especially those moments – are not permanent.

So… we’re never stuck. Never ever. Eventually – probably sooner than you think – the clouds will pass and we’ll all find ourselves standing on a beach, watching a glowing sunset

I’m a school psychologist. I spend a lot of my time coaching kids to have “positive self-talk” and a “growth mindset”. I’ve spent dozens of hours explaining to kids how their thoughts affect how they feel and what they do. I know thoughts have a tremendous power to determine our reality.

For a while now the beat of my thoughts has sounded something like this:

This beat follows me almost everywhere. It’s a constant companion at work. It plays in my mind when I think about the never-ending responsibilities of adulting. It’s the background music as I deal with the daily grind of Type 1.

I know this is unhealthy. I know this doesn’t help me. At all. It turns out it’s sometimes hard to practice what you preach.

I can think of a million reasons why the “not enough” beat seems like a valid track to play on repeat. Most of those reasons probably aren’t reasonable, but more importantly, they aren’t helpful.

There’s a song on one of my frequent Spotify playlists called Graveclothes by Birtdtalker. A few lines in particular have been stuck in my head for a while…

In the last 6 weeks, I’ve worked really hard to change these constant thoughts. I’ve meditated daily, sometimes two or three times per day. I’ve set daily intentions and affirmations to focus my thoughts on instead of negativity. I’ve tried to give myself grace and space to fail without calling myself a failure.

And you know what?

It’s working. Sometimes. Not all the time, but it’s a start. 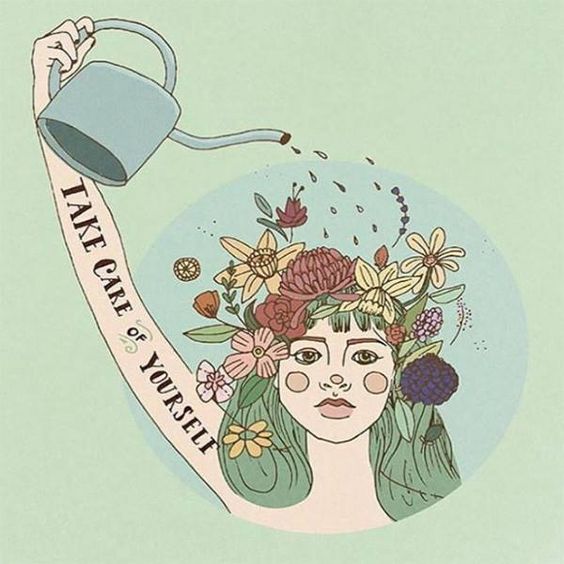